YouTube updated its terms the past month and let me tell you I am pissed off. I was going to be polite and say I am “quite upset” but no, I am pissed. I am pissed because I don’t like being robbed and I don’t like when big corporations shit all over the little guy. Let me explain. 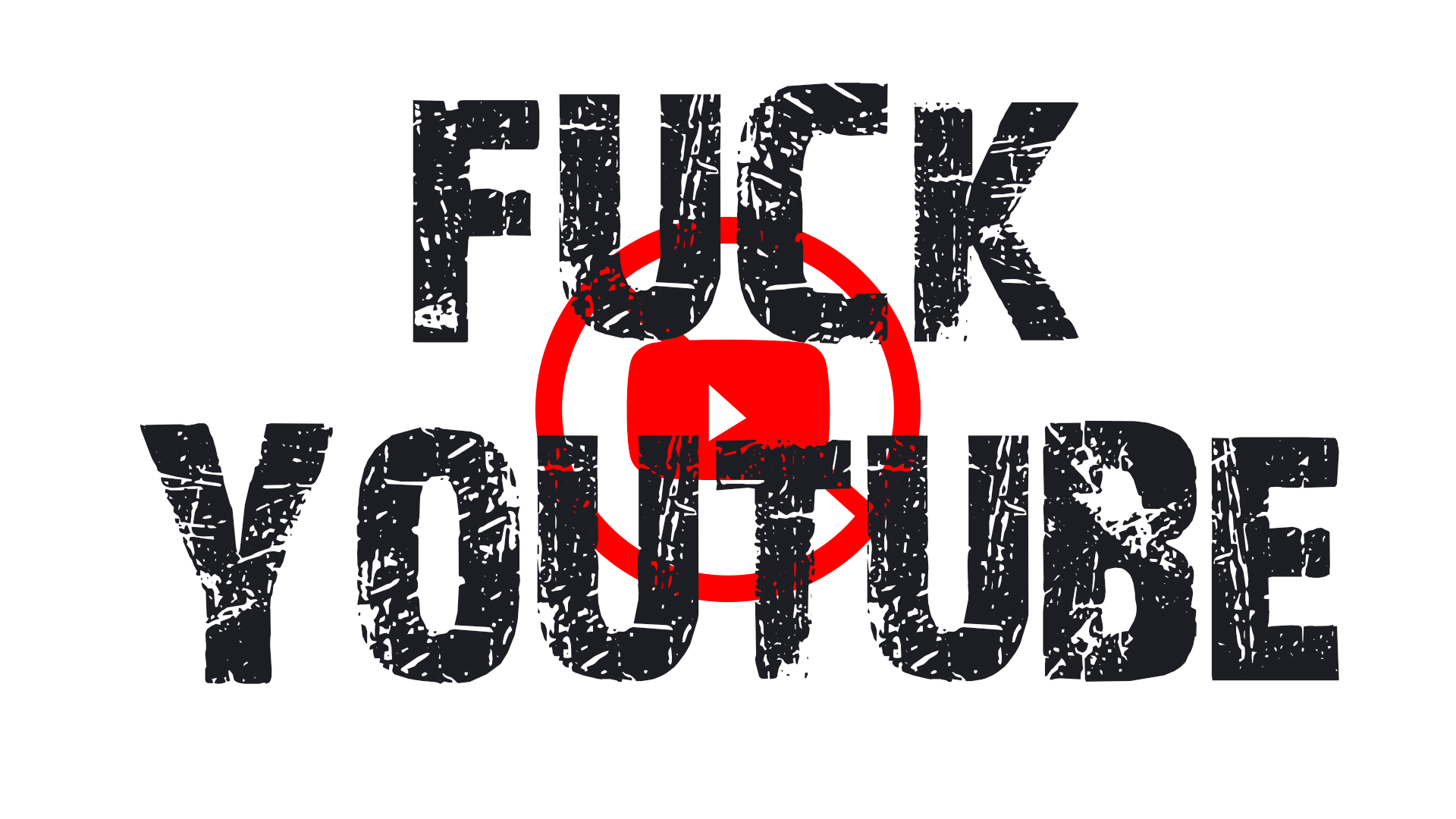 Under the new terms at YouTube they now hold the right to run ads on any content on their platform where previously it was the creators choice if they wanted ads or not. On the surface this seems fair enough because they have to fund the platform somehow, but if you dig a little deeper you begin to see why it is straight up theft.

First some history for the uninformed. Under the original monetization model with YouTube any creator could chose to have ads on their content. Even small creators could make a few pennies from the small view counts we get. YouTube split the revenue with the creator (It was up to a 70/30 split with 70% going to the creator).

Some of my first videos on YouTube way back before I started this project actually earned a few bucks. Nothing crazy, like literally enough to buy a coffee, but it was cool to get paid for the effort put into a video. YouTube’s only requirement was a verified email and phone number. Just to prevent spam.

Then came what is called “The Adpocalypse” this shook up a whole bunch of shit on the platform. From small time to big time, everyone was impacted. One of the biggest changes though was that now in order to be monetized and have the option of running ads on your content you needed at least 1000 subscribers and 4000 hours of watch time over the last year.

This requirement was brought in to appease advertisers who were upset about their ads running on ISIS videos, hate speech and other offensive content. Often these videos were from channels that would have no chance of reaching these monetization requirements before being banned. It was a fix to appease the advertisers and salvage their image.

It hurt small and new creators pretty bad. It made us unable to see any financial gain from our content if we wanted to. It took away that small incentive, but in reality it was not the end of the world. I don’t make my content with the intention of making money on it. I probably wouldn’t run ads even if I could. Ads screw up the artistic vision and work I am going for. So it stood, no ads until 1000 subs and 4000 hours watched.

Now comes the latest change, the one that allows them to steal from small creators. They are making ads mandatory on videos, even ones that don’t meet the monetization requirement. The difference is, if you don’t meet the requirement you don’t get paid. So YouTube will run ads on my content and earn 100% of the revenue and I will see nothing. I will probably never get monetized, my content is not that good, so YouTube will make money off of my work and I will sit here grinding away for not even a cup of coffee.

Not only that, but getting people to watch content like mine is hard enough. I am some unknown creator and make weird shit, so now there is another layer of friction before someone can reach my video, they have to sit though an ad. It will make it even harder for me to grow as now there is another barrier between me and the viewer.

Not only that but it fucks the artistic vision I have for the channel. Even pre roll ads, but especially mid roll ads. Having an ad pop up in the middle of one of my films would completely ruin it. Even if I could choose to run ads I would have never chosen mid roll ads. It just destroys my content. Now YouTube has the right to do that.

I understand that there is a lot of cost in running a platform like theirs. I know hosting and delivering video content on the scale they do is far from cheap. I understand that they have bills to pay. I wouldn’t be upset if they did something like one ad per video and I got to choose where it went and also got a cut of the revenue. Basically if they went back to their original model but made ads mandatory. That would be fine.

Even if they set something up where the creator only got 30% of the revenue until they reached the 1000 sub requirement. I would get that. I know it is not free to host video content. But it is also not free to make, and clearly YouTube is okay with making money off of it. So now I am not only working for free, I am generating revenue for a giant corporation. Effectively donating my time, skill and effort to YouTube (google/alphabet).

That is what makes this theft. Once again small artists get screwed over. That is why this is total bullshit. It is also hypocritical, because their original logic for pulling ads from small channels was that they didn’t want ads run against offensive content. Now that is suddenly fine? As long as the creator doesn’t profit from it? What kind of hypocritical bullshit is that!

So I have lost control over how my content is delivered, I am being robbed by an evil mega corp and I am supposed to be grateful for the platform? Fuck that. That is why I am building my own platform. I can afford it, fuck them. I am sick of getting raped by shitty companies.

You will notice the Video Archive on my website here. I am slowly uploading all my old content to a file server set up I have spent the last few weeks building. It should be able to handle the level of traffic my content gets. You can even quality switch if videos are loading slow, from 4k down to SD, just like on YouTube. I kind of perfected the reencoding to keep file sizes manageable and have a decent content delivery system set up.

Going forward, new videos will be posted here FIRST then uploaded to YouTube. So if you want an ad free, early viewing, non YouTube experience please subscribe (down in the footer) to the site or add it to your favorites. I will keep uploading to YouTube as that is the only real way to stand a chance of ever finding an audience, but here will become my primary distribution channel.

So sick of their bullshit. I really hope they change their mind but I doubt they will. Too addicted to the power that comes with being the only player in the game. Thankfully I was able to go my own way. Fuck those free speech hating, money loving, fake virtue signaling little assholes.

Thank you for reading, watching and sticking around. This change has been part of the reason my content has slowed down. I only have so much time and getting all this set up took a lot of my creative time the past few weeks.